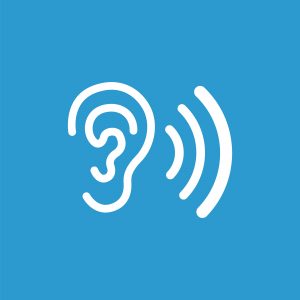 Written English and spoken English are really two different languages. In most school English courses the emphasis is on correct written English. But the kind of diction (choice of words) suitable for a research paper or essay is often hard to understand when heard read out loud. When writing for podcasts or radio spots, one needs to learn ear oriented writing.

Consider this lead for a possible news story: In order to make affordable higher education available to students from a wider geographic area, Dr. Harold Smith, President of Mayberry Community College of the State University of North Carolina, announced today plans to open dormitories starting next fall. Initial planning was slow to get off the ground due to financial considerations in the institution which has a tripartite fiscal structure, relying on revenues from student tuition, state coffers and the county.

This kind of wordy writing, with subordinate clauses and obscure words, can be understood on the printed page because the eye can read and re-read sections until the total meaning is grasped. But heard on radio, it would be confusing. It needs to be broken up into a series of simpler, more conversational sentences. One possible rewrite might be as follows:

The President of Mayberry Community College, Dr. Harold Smith, announced a plan today to make a Mayberry education available to more students. The College intends to open dormitories starting in the fall in order to attract students who don’t live near Mayberry. One immediate stumbling block is arranging the necessary funding. Mayberry Community College, an affiliate of the State University of North Carolina system, receives money from three sources: student tuition, the state of North Carolina and the local county where the college resides.

Copy should always be double spaced in order to make it more readable, and should always use both upper case and lower case letters. Some older teletype machines printed upper case copy only, leading some people to think that the larger upper case letters are easier for announcers to read. But the reverse is actually true. Since capital letters are more nearly the same size it is harder for the eye to differentiate them.

SOME POINTERS FOR EAR ORIENTED COPY:
1. Write a series of shorter sentences rather than long sentences with subordinate clauses.
2. Avoid difficult “jargon,” when possible, that might not be easy to grasp by the ear alone.
3. Avoid confusing abbreviations that the listener might not understand in listening. Don’t refer to the “COM” program at Mayberry (what does that mean to an outsider? “Community”?, “Commentary”?, Communist?) but to the “Communications and Media Arts Program.” Say Mayberry Community College (at least the first time you use it in a story) not just “MCC.”
4. If you include a difficult foreign name or word, give a pronunciation guide in parentheses after it. Example, “. . . said the Serbian-American composer, Milica Paranosic, (MIL-it-sah, Pair-ah-NO-sitch).” Now you all know how to pronounce the name of one of my closest friends and a famous composer in NYC.
5. Double space and use both upper and lower case letters
Experiment with these ideas to produce more effective copy for broadcast and podcasts.