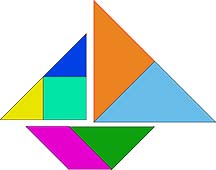 many who know me, I am a typical product of the visual communication age. I took up photography at the age of nine, studied film and video in college, produced television programs, taught film and video, pioneered a form of computer animation and electronic image making, became an advertising designer, taught advertising and became interested in interactive media.

But, as should be obvious with this blog, I have also led a parallel life, not in visual communication, but in sound. As a child I was fascinated by tape recording and radio; in high school I restored an old disc cutter to working condition; in college I was best known as an audio engineer in the instructional video production center where I worked part time; I studied music and acoustics; I produced classical music television programs, some for national TV,  where I learned, from more experienced engineers, the techniques of high-end “purist” microphone placement; Later I produced and engineered classical music concert recordings for a public radio network and composed electronic music.

Thus I claim to be both an aural and a visual designer. Because my electronic sound compositions are based more on the aesthetic and structure of sound design, rather than on more traditional forms of classical or popular music, I have sometimed called my pieces Designed Music.

Designed Music is not music in the traditional sense but a sound environment or texture composed for use with a theatrical, dance, video or film production or as part of an art gallery installation.  I touch on some of this in my recent post SONIC SCENE DESIGN. What is significant about my approach is the structure, or perhaps lack of structure, employed in these sound compositions.  This post will outline my approach.

Although I had experimented with various kinds of electronic music periodically starting in the 1970s, a defining musical moment for me occurred through a chance event in 1980 when I was invited to Anaheim, California, to speak at the 1980 National Computer Conference. (1) After the conference I drove from Anaheim to Beverly Hills to have dinner with friends in the entertainment industry. Stopping for lunch in Marina del Ray, I stepped out of the car and heard perhaps the most memorable sound of my life. Hundreds of sailboats were moored in the marina on this very windy May day. As their lines hit their aluminum masts there was created an eerie percussive chorus of ringing sound. It fluctuated as the wind shifted and changed in intensity. The whole effect was quasi-random, but not truly random since the pitches were limited to those provided by the masts on the boats. My immediate thought was “Why can’t music be this good?”

I suppose I could have gone out and purchased a few dozen aluminum poles and hired people to slap them with rope on a concert stage, but somehow that didn’t sound like a feasible way to make music. My dream of creating music with the aesthetic, though not necessarily the sound of, those singing masts was not to be realized until late 1987 when I purchased a Kurzweil synthesizer, attached it to a computer, and discovered the power of algorithmic composition. The masts in California sounded good because they had both fixed repeating elements combined with random variation within a fixed structure.

The challenge for me became not to compose a certain structured sequence of notes and chords following classical models of form, as one does in writing a sonata or a fugue, but to create the marina, the masts, and wind, the birds, etc. We are talking virtual wind, masts, and birds, and the environment can be entirely different for differing effect. One sets up the virtual “players” in this virtual environment and the computer acts as the agent — virtual wind — to keep the sounds going within the framework created by the designer. Notice I avoided using the word “composer” which seems to imply a composition of specific notes. In Designed Music the designer creates a sound producing environment, sometimes even changes elements in that environment while it is making sound, but lets quasi-random processes determine the exact notes.

Of course, most composers trained in either traditional classical or traditional pop music will quickly point out that the result is “not music.” True. It is a designed sonic environment, a virtual Marina del Ray. I only use the term Designed Music to indicate that my compositions would be used in a play, video, dance production or gallery installation where music might otherwise be selected. And not all of my pieces are quiet and mystical like the sailboat masts at Marina del Ray. Some are raucous or jolly. A few even seem to include a “tune.” If that seems to contradict the philosophy of pseudo randomness stated above, keep in mind that one might encounter a a busy street corner where the random sounds of people and traffic blend with the tune of a street musician.

I also want to point out that the algorithmic processes used to create Designed Music aren’t tied to the computer. The composer, Steve Reich, for instance, created “live” music following such processes since the 1960s. He called his techniques “process music.”

For the moment I want to contrast the philosophy of Designed Music with the methods most visual designers use to create their designs. By traditional standards, the pseudo-random algorithmic techniques used in Designed Music seem almost anti design. The term “design” itself seems to imply the firm hand of the designer. “Designer” products (such as jeans, t-shirts, etc.) seemed to be called such just because they seem to have been formed to reflect the visual “signature” of a designer. Clearly these things were not just assembled by a craftsperson for purely functional reasons. They were created to have a “look” and that look was fixed by a designer. No randomness there.

I have seen visual fine art created by algorithmic processes similar to those employed for Designed Music. Some involve computer usage, others a process which the artist himself or herself follows. One could conclude that for the traditional design professions — graphic design, industrial design, architecture, etc. — there is no parallel. But that may be changing. The application of algorithmic processes to visual design may lag behind their application to music, but a new generation of visual designers may find a different situation. Let me cite three examples:

The first is the creation of pages on the World Wide Web. The currently used HTML language defines parts of the page by their function and is not intended to produce a fixed layout as would be achieved with, say, a desktop publishing program. Page creators define items and set up a structure in which a page is produced on the fly by whatever browser the reader happens to use on whatever computer and whatever size screen he/she happens to have. The art of web page design, then, isn’t to produce a fixed layout but to define a series of elements in such a way that a pleasing page results even on different sized screens all the way from large high resolution screens to tiny cell phone screens.

The second relates to some ways certain architects are being influenced by science and technology. These ideas, with many example designs, are explored by Charles Jencks in his book, “The Architecture of the Jumping Universe.” (2) Although I am not quite sure what is gained by some of the architectural principles he shows, it does seem clear that some of the designs are produced, in part, by algorithmic processes.

Finally, the best work in the field of interior design seems to go beyond mere decoration. An interior environment can make a great difference in the way work is done or life is lived. The qualities which gave me delight in the singing masts of Marina del Ray — surprises and subtle change within a seemly static situation — are what makes nature itself such an intriguing environment. I believe that the real future of interior design is not merely to create a three dimensional “picture” within a room, but to design flexible environmental elements which can be used in a variety of surprising ways by the inhabitants. We see this already in Silicon Valley and other emerging businesses.

Thus the final skill is not creating one image or “set”, but creating a series of changing interior images controlled by the spontaneous needs and desires of those in a room. We see this now in building children’s playrooms and we are becoming more aware that play — or at least playfulness — is a quality in adults which leads to creative problem solving and adaptability.

Viewed in the context of algorithmic composition, the role of the designer/composer changes from that of an omnipotent micro-managing god dictating every element in a design, to that of a facilitator who sets up the conditions under which intriguing visual and aural sensations can evolve. Viewed in that perspective, of course, the facilitator-designer may be behaving more like God (the Big Guy upstairs) than the dictator/designer. But that may depend on what you take to be the nature of God.

(1) My Anaheim talk proved prescient in the extreme: I spoke about how cheap and easy interactive text communication could create an increase of “cultural energy” needed to usher in a new renaissance of creativity and invention, but also warned that in a wired system a majority who felt threatened by the unpopular views of individuals could easily deny access to that individual — thus I urged the creation of an internet-like open communications system based on use of wireless data communication to prevent censorship by cutting the wires.