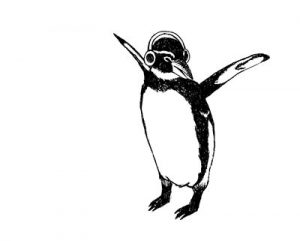 In my earlier post on podcasts, I mentioned I would do more posts about podcasting. I got off on other topics, but a very good panel presented at the Audio Engineering Society (AES) National Convention held in NYC in late October (2017) piqued my interest and has motivated me to produce another post on this topic.

The panel was part of the Broadcast theme of panels—one of many “streams” of content at this year’s AES national convention.  The supervisor of the Broadcast topic is David Bialik, an engineer at CBS network in NYC.  The moderator for this panel was Rob Byers from National Public Radio (NPR) in Washington, DC.  The panelists were:

I am not going to try to summarize each panelist’s presentation but want to hit on some general themes related to this very interesting afternoon.

As I mentioned in my previous posts, podcasting in its early days was often very simple, a commentator or interviewer talking into a mic usually attached to a computer.  Some were very amateur productions, both in content and technical quality.

This is not to say that a single speaker, talking about a subject of great interest to some listeners, cannot make an engaging podcast.  A good friend of mine follows a podcast about the history of England produced by a single well-read British speaker talking into a mic.  The host, David Crowther, refers to himself as “a bloke in a shed,” since his “studio” is a backyard shed. My friend has even contributed material to his podcast, The History of England, https://thehistoryofengland.co.uk/. Similarly, Kevin Stroud is the sole narrator of a popular podcast on the history of the English language, https://historyofenglishpodcast.com. Also note that many political “talk radio” programs are often nothing more than one person expressing an opinion, sometimes taking phone-in questions and comments.

Some radio stations and networks make their programs available on demand at times other than the original broadcast.  These can take three forms, though sometimes the terms are used loosely:

STREAMING: A streaming broadcast can be listened to as the data is gradually transferred from the host server to your computer.  There is no way you can keep a recording of this stream unless you use software such as Audio Hijack (for Mac) or Total Audio (for Windows) to capture the stream as it goes to your sound card.  In any case, the audio is real-time so a half-hour program will take a half-hour of listening or downloading this way.

DOWNLOAD: This is sometimes called a podcast but can be applied to any program that can be downloaded as an mp3 or AAC file (or other) from the host site.  Download time depends on the speed of the connection but is usually much faster than the program is long.  One listens to it after downloading.

PODCAST: Technically (though as I said, it is not rigorous) one can subscribe to a podcast. Thus if a new episode appears every week (or day, month, etc.) and you subscribe through iTunes or another podcast service, the new episodes will automatically appear on your listening device.  Of course, many podcasts are developed as separate programs not connected with broadcast stations.

There are three main topics I took away from the AES session designed to talk about high-end podcasts, but the points can apply to streaming programs and downloads as well:

Each presenter showed on the screen a sample of a podcast project they were doing or had completed.  Each used Pro Tools, a program designed for multi-track recording, editing and mixing.  It is widely used for popular music production.  Although there are several other good programs that perform a similar task – Logic Pro (for Apple), Acid Pro (for Windows), and dozens more – Pro Tools has become a kind of standard in the professional audio industry.  It is marketed by Avid (which also produces the Avid Media Composer, used by the video and film industry) and is available for Mac and Windows.

Thus, in the productions demonstrated, each podcast was a kind of multi-track composition with many tracks and sound snippets. That is a far cry from the early days of radio when programs were created live in real time.  Real-time production is still being done for some programming, especially for productions in front of a live audience, but as podcasts are getting more sophisticated they are becoming more compositions than performances. Multitrack composition is time-consuming but it offers the greatest creative control.

One of the most intriguing presentations was from Jonathan Mitchell, producer of a podcast called The Truth. It is essentially a short radio drama series and is sponsored, so there are a few commercials.  The stories are quirky and engaging.

What interested me most is that the stories are not always fully scripted like “old-time” or traditional drama.  Mr. Mitchell has also produced documentaries, so in places he invites his actors to improvise (on a story line that is presented), then he cuts and pastes the best material, much as one often does in documentary radio. This, of course, is the way much popular music is created, and now we are seeing it in one of the oldest radio formats: radio drama.  Even the use of Pro Tools as the main production tool relates this style of production to music current production.

The Truth podcasts can be found at www.thetruthpodcast.com

MUSIC, EVEN IN NONFICTION, WORKS

Music has always played a key role in radio, both as the main content and in support of fiction or commercials.  For a long while I believed that there was not much place for music in documentary radio production except as an opening, close, or transitional element.  I first became aware of tasteful music in a documentary or talk format In the BBC program The Inquiry, which is available on the BBC World Service and can also be played on a computer on demand.

In this program a question is presented, then four “expert witnesses” are questioned in sequence to try to answer the question.  Each episode includes minimalist music that is played not only at the open but behind each witness.  The music is different for each program.  When I first heard the program I was much taken by the simple subtlety of the music.  It seems to resemble some of my own sound designs for theatre.  (See Episode 2 of Odyssey of a Sound Composer posted on this blog.)  This program really changed my view about the use of music in nonfiction programming.

To listen to samples go to: https://www.bbc.co.uk/search?filter=programmes&q=The+Inquiry.

The creators on the AES panel talked about the use of music with nonfiction programming, though none referenced The Inquiry.  Although they acknowledged that this is controversial in the broadcast industry they seemed to favor it and even presented samples of documentary radio that used music beyond an open and close or transition.  It again reinforces my view that radio, even nonfiction radio, is adopting many of the techniques and styles of music recording, now that so many programs seem to use the same tools.

The panel I attended was definitely focused on high-end production.  In radio this is not nearly as expensive per show as television but still requires a staff, professional talent, quite a bit of recording post-production time, and so forth.  This is not something “a bloke in a shed” could probably afford, but the investment of time and money seems to be paying off.  Programs like The Truth, Homecoming, and Serial seem to have a wide audience.

With people walking around with earbuds and music players (including cell phones that play music) every day, the podcast may ultimately be the “radio” of the current age.  As a sound-oriented person I applaud this.  I listen to many more hours per day of the BBC (World Service, Radio 4, and Radio 3) and New York public radio (WNYC, WQXR, and Q2 Music) than I spend watching television. I own several wifi radios that tune stations from around the world over the internet.  (I am not close enough to NYC, since mountains intervene, to get NYC radio over the air.)  In fact, I may become a “cord cutter” and discontinue cable television, since I don’t watch it much and am frustrated the by huge number of commercials.  But that is a post for another day.