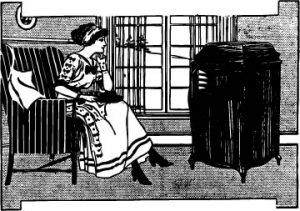 This post is based on a lecture I used to give in teaching radio advertising.  Much of it applies to advertising of any kind, but I think radio techniques are often hard for some people to learn.  Someone who mostly listens to a low-budget, small-market radio station may often be exposed to very weak ads, often written by a secretary after the media salesperson has sold a client some time.  Larger clients, of course, use advertising agencies that have professionals trained in various media. I was creative director for a while of a midwestern agency.  But if you work in production of radio spots for a small client, you might be asked to help with the writing.  Here are some ideas.

According to most advertising strategists there are at least three types of messages, or message strategies, an ad can have.

The first is the Unique Selling Proposition as originally identified by the late famed advertising writer Rosser Reeves.

The USP is focused on the product.

You need to find an important feature of the product that the competitors don’t have, or at least don’t advertise, and make that the basis of your advertisement. Charmin bathroom tissue went for years with a platform based on the fact that is was considered the softest by most people. Bufferin advertised for years that it is an aspirin-based product less likely to upset your stomach than plain aspirin because it includes a buffering compound to reduce stomach acid. (The market for Bufferin — though still being made — has mostly gone to ibuprofen products.) Crest toothpaste advertised that it was the only toothpaste (at that time) endorsed by the American Dental Association as helping to prevent tooth decay. (Others later got the same endorsement, but being there first gives you the edge of saying, “We invented it.”)

M&Ms advertised that they were the candy that melted in your mouth but did not melt from the heat of your hand when holding them.

The problem is that for many products there isn’t really a feature that differentiates them from their competitors. These kinds of products are called parity products. Many banks, shampoos, cosmetics of all kinds, lifestyle products, snack foods, etc., tend to fall into this category. One way to get around this is through image advertising.

This was pioneered by, among others, the great advertising man David Ogilvy.

In image advertising the focus is not on the product but on the consumer.

A striking example of an image success story was the “Pepsi Generation” series. These ads didn’t say much about Pepsi as a product (which, in reality, doesn’t differ much from any other cola), rather they showed the kind of people who drank Pepsi: youthful, energetic, cool, etc. Of course, others drank it too, but the implied message of the ad is essentially, “This is what the cool, hip people choose. Coca-Cola is for your parents’ generation.” NOTE: This campaign did not say “Pepsi has….” Then it would not be image. It only talked about people who used the product (the consumers).

Many kinds of lifestyle products are advertised on the basis of image. They show someone wearing or using the product in a glamorous setting. The buyer wants to think of himself or herself as someone who could be part of this glamorous group and thus uses the product. Why do teens from low-income families save for very expensive Air Jordan (or other trendy) shoes? It is not that the shoes offer practical advantages not found in other brands. It is that the image of the shoes within their peer group makes them a “must have” product. But don’t think that image is limited to gullible teens. When IBM was king of the business mainframe and minicomputer market, their products were arguably more expensive than some of their competitors’ products that performed faster. But IBM got selected because the company had an image of being supportive of business needs and not being too “nerdy.” It was always said that “nobody ever lost their job by specifying IBM computers.”

IBM was relatively late in entering the personal computer market, but when they did they immediately captured a huge share of the market on the basis of their reputation (or image). Then a funny thing happened. Other companies started building “clones” of the IBM computer that worked just as well and were often cheaper. And they started selling them in discount stores and by mail. Suddenly computers didn’t seem mysterious any longer, so IBM could no longer build a mainframe computer for a few hundred thousand dollars and sell it for a few million. After all, you could buy a personal computer for a couple of thousand. The jig was up and IBM had to reinvent itself. It still makes many components for computers used by many companies (including Apple!) and sells specialty high-performance computers for processor-intensive applications. But it no longer makes personal computers. It sold that division off to Lenovo, a Chinese company. Once computers were a household object, not a mysterious complex machine that required major support from the manufacturer, IBM’s image of coming into your company and helping you run your computer was no longer valid. Low price and the convenience of buying your computer at Best Buy or Staples were more important.

The lesson of all of this: The market is a fluid place. Advertising messages and strategies have to change to keep up with changes in the public’s buying habits and interests. That is what makes advertising such an exciting profession. Indeed, you must always be concerned about the position of your clients’ products in the marketplace.

When we refer to positioning in advertising we are talking about something different from what marketing directors often mean by the term. A marketing director thinks about how to “position” a product in the marketplace, meaning what price point should it have, what competitors should it “fit” with, what kinds of stores should sell the product, etc. A Lexus car is “positioned” as a luxury vehicle competing against Mercedes and Cadillac, whereas a Honda Civic is an entry-level vehicle positioned against Kia, small Fords and Chevrolets, etc.

Positioning, as an advertising concept, was pioneered by Al Reis and Jack Trout. You might enjoy their wonderful book, still available as an inexpensive paperback:  Positioning: The Battle for Your Mind.

When we use the term positioning in advertising we mean how a product is positioned in the mind of the consumer.

In positioning the focus is on the competitor.

The advertiser is trying to make you think of his/her client’s product as something different (in a positive way) from similar parity products sold by competitors.

The human mind organizes information in an interesting way. If I asked you to list the names of all the brands of cereal you ever heard of and gave you lots of time to think it over, you could probably come up with quite a list. But if I asked you to name some top cereal brands in ten seconds, you would probably name two or three right off and think of three or four more within ten more seconds, but then you’d be “stuck” for a while. Generally, the human mind keeps in “fast” memory only about seven items within a category.

Obviously, every advertiser would like its product to pop into your mind right away, but for some very full categories it is almost impossible to unseat old, established brands. Part of the function of positioning is to make you think of a product as belonging to a smaller unique category so it will come to mind fast within that different category. Aquafresh toothpaste did that, when it first came out, by saying it was not a toothpaste but a combination mouthwash and toothpaste (at a time many people were using mouthwashes). It is not that other toothpastes didn’t do more than clean one’s teeth. Years ago a Colgate toothpaste jingle said, “It cleans your breath while it cleans your teeth,” but Aquafresh added the word mouthwash at a time people were feeling they needed to use a mouthwash.

Many years ago the soft drink 7-Up changed its position from one of many fruit-flavored soft drinks consumed mostly by children to an adult alternative to Coca-Cola but positioning itself as the “Un-Cola.” Research at the time showed that most adults ordered only cola drinks in restaurants, thinking that fruit-flavored drinks were for children. The Un-Cola campaign showed adults in restaurants asking for the “Un-Cola” as a change of pace. It made marketing history and gained 7-Up considerable market share.

The Scotch whiskey Chivas Regal ran ads with a message that, in effect, said, “Don’t think of us as another Scotch but as a luxury good you can occasionally afford.” It displayed the product along with diamond jewelry and luxury cars, rather than with other alcoholic beverages.

Since it is hard to unseat a market leader, another form of positioning is to make the consumer prefer a less popular brand. Avis car rental became famous for a series of ads proclaiming, “We’re number two.” Then they gave reasons that you might prefer to rent from the number-two company rather than from the market leader, Hertz. (As number two we have to work harder to earn your business.)

Regardless of the kind of message you plan on communicating, please remember:

–1. A radio or TV spot can only talk about ONE feature or benefit to ONE very specific audience. A newspaper ad can highlight several products on one page, but with radio the message has to focus on just one thing.

–2. All ads must make the client’s product or service seem different from the competitors’. Restaurant ads that say “fine food and good service” are pointless because no restaurant would ever strive for the reverse (bad food and poor service) or say it in an ad.

–3. An ad cannot make value judgments about its own product. “We are the best seafood restaurant in New York” is no more effective in making people actually believe that than my saying, “I am the best teacher you will ever have” would automatically make you believe me. Only someone else can make a value judgment. So, you can say, “The Zagat Guide gives our restaurant the highest rating of any seafood restaurant in New York.”  In that platform it is not the advertiser who is making the value judgment, but rather the people who contribute to Zagat.

Good advertising writing takes practice.  Start with a rough draft, then revise, revise, revise.  Also, time your ad by reading it out loud at a pace a typical voiceover artist would use. Most people, including me, overwrite. I have often created a great 36-second commercial and thought, “There is no way I can cut this down.”  But by studying my writing I find I can often cut out words or use shorter words to get the timing down.  If you are writing for a podcast, where the length of an ad is flexible, this is less important, but with radio, the station will hold you to a fixed length.